Councilwomen Marti Brown and Stephanie Gomes (2010) celebrating the removal of BIA from the Vallejo City Charter. 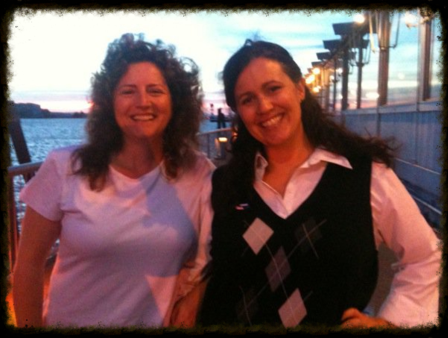 Measure A – Removal of Binding Interest Arbitration (BIA)* from the City Charter (2010)
In the spring of 2010, Marti Co-Chaired the “Yes on Measure A” campaign to remove binding interest arbitration from the City of Vallejo’s Charter.

The Result:
After a demanding four-month intensive campaign and being out-spent 12-1, the “Yes on Measure A” initiative won at the ballot box in June 2010 permanently removing binding interest arbitration from the City Charter after 41 years.

* BIA is a tool used to settle labor contract negotiations when an impasse is reached at the negotiating table between labor and management. Under BIA, rather than allow elected officials to make the final decision on public employee labor contracts, an outside arbitrator is hired to make a final and legally binding determination of contract deal points.