City of Marysville 2018-19 Accomplishments
For the first 24 months of Marti's tenure at the City of Marysville, her efforts were focused on hiring several new Department Heads and Managers, cleaning up and catching up on several key financial documents including Audits, the City's budget, and seeking cost savings throughout the budget, as well as jump starting time sensitive and delayed projects in order to remain in compliance with State regulations.

The Result:
Two years later, the City is back on schedule with its Audits and budgeting; time sensitive projects have been delivered on schedule and without further State penalties; the City's bond ratings have improved for two years in a row; cost savings in several areas of the budget have been achieved; labor negotiations resulted in salary increases and structural cost savings to MOUs; the Cannabis ordinance has also been successfully implemented; public safety staffing, equipment and apparatus have also improved and increased; and the City has helped several new businesses open up in town. 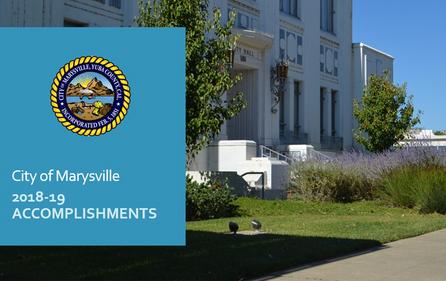